illustration above is an extruded representation of a Hengqin site map

Architectural designers are vested with the power to shape space in their own perspective.  A design task becomes difficult when the context for the architecture evolves continuously.  In this brief, we focus on Hengqin, a work-in-progress city undergoing drastic changes in unimaginable ways.  Hengqin was a rural community in Mainland China at the door of Macau, the Las Vegas in Asia.  It is facing social and physical advancements that make it an ideal site for architectural experimentation and exploration.

In the ‘2022 Development plan’, the local governments laid foundation for Layer 01: economic diversification.  Some would say that there were limited considerations for the public infrastructures and existing cultural and historical contexts.  In this competition, we ask that you to intervene and design Layer 02: the buffer between the changes and the existing context, to plug the gaps of the life that Layer 01 has not accounted for.

Hengqin Island is at the mouth of the Pearl River, adjacent to the Taipa and Coloane districts of Macau, with the Shisanmen Waterway separating them, and is connected to Macau’s Cotai via the Lotus Bridge. The island is the largest among the 146 islands of Zhuhai, being roughly three times the size of Macau.

Hengqin had been transformed into a special economic zone (SEZ) – city which undergoes economic reforms. 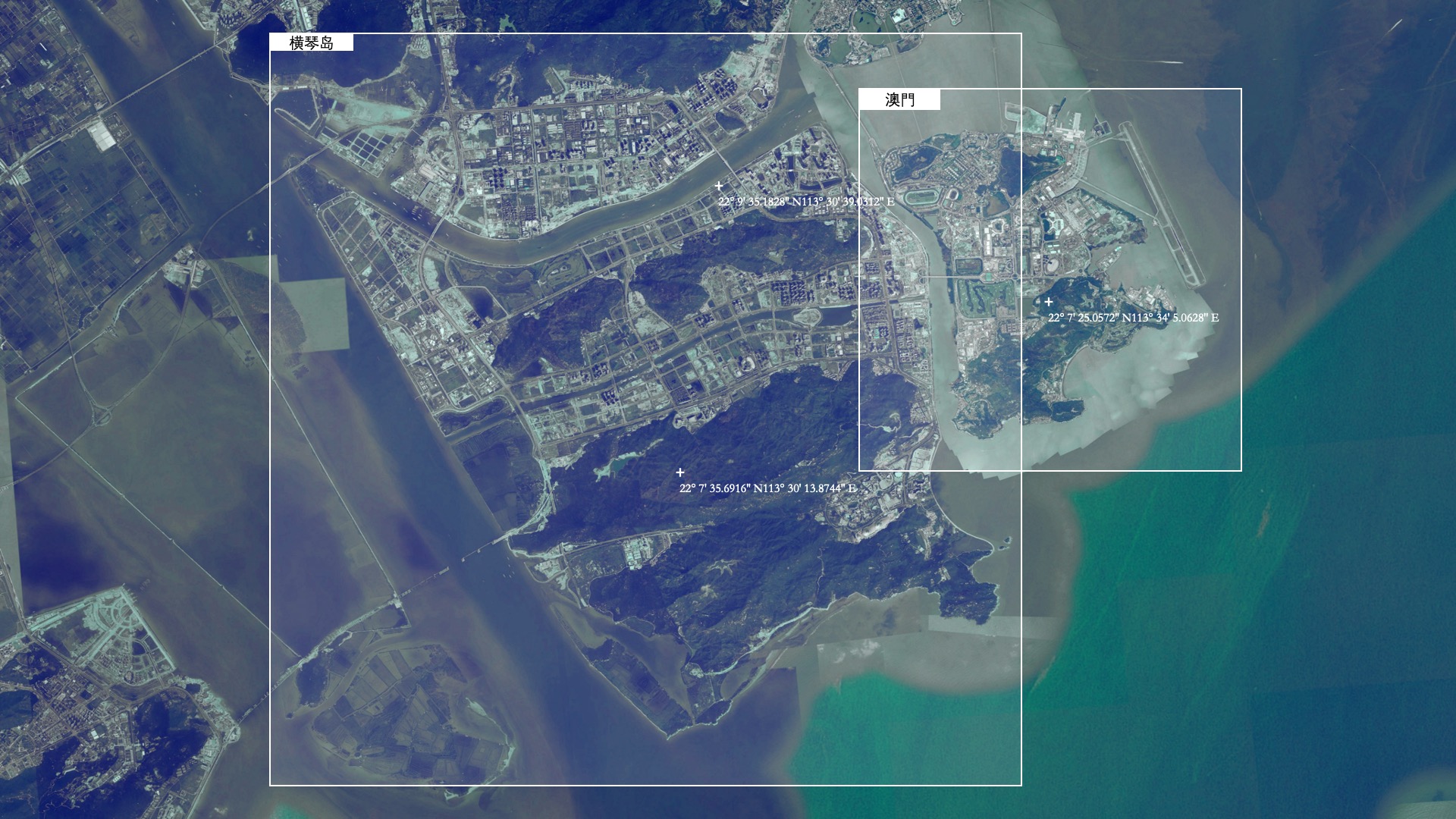 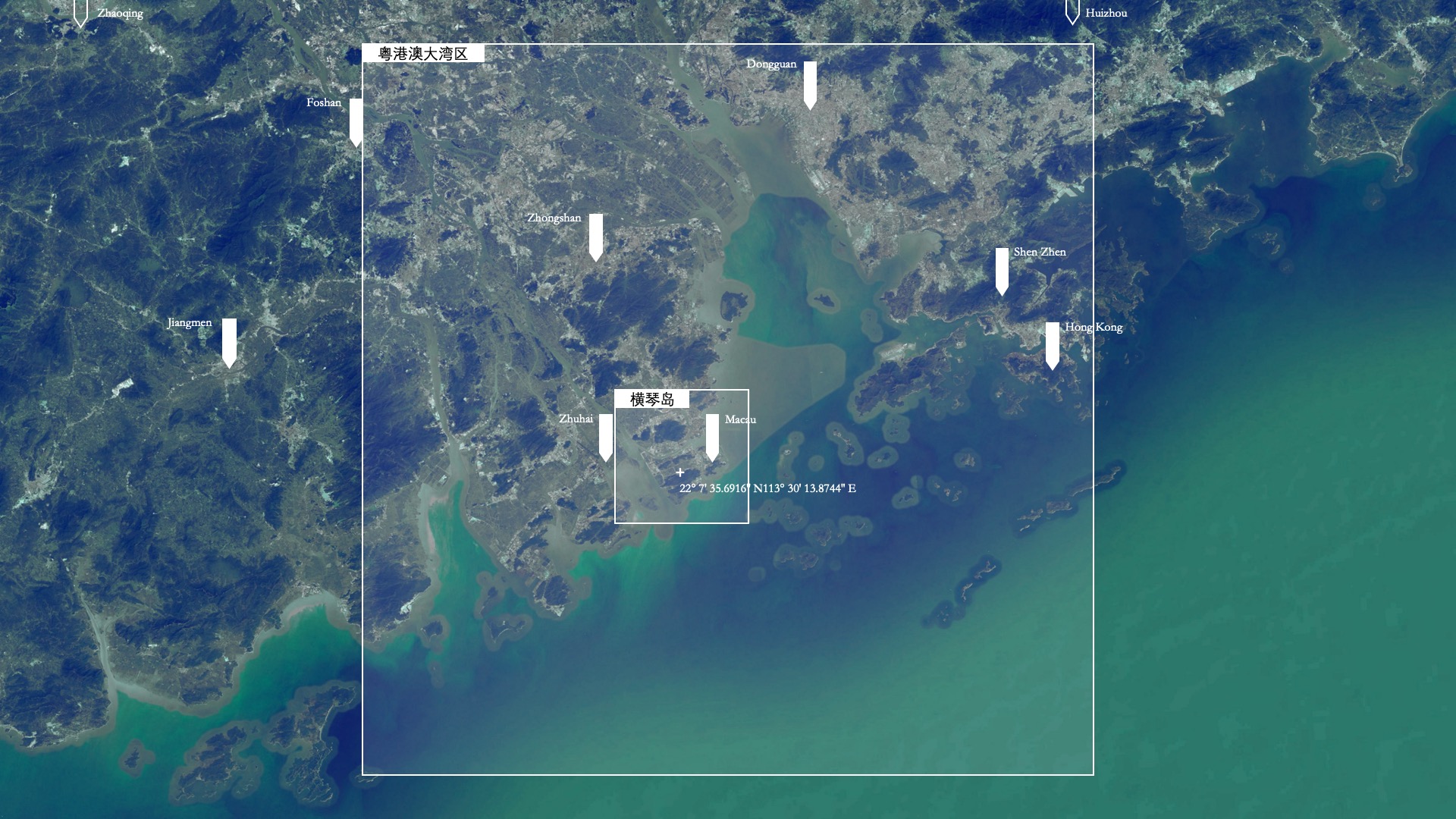 In September 2020, The Draft of Urban Master Plan for
Macau SAR 2020-2040 (“the Plan”) was published.  However, Macau lacks an immediate hinterland to match its ambition for expansion.

Ultimately, the governments and their joint proposal seek to promote the in-depth integration of public services, provide more convenient conditions for Macau residents to study, find employment, start a business, and live in an environment that is convergent with Macau.

Hengqin was planning to expand its cooperation with Macao to jointly develop logistics, tourism, finance, leisure, and cross-border e-commerce industries.  With the upcoming proposal, Hengqin is destined to be adopted into a different way of life tha leads to an alienation from its own past.

As modern insertions embedded into Hengqin can be seen as impermanent, caught in a shorter life cycle of constant change, the city can be viewed as placing strain on its collected historical anchors in favour of an architecture which responds to only its immediate economic and environmental needs, dismantles, and creates again.

As these object forms nested in the permutations of city’s field conditions, the city is capable of unifying diverse and seemingly disparate elements while still respecting the identity of each. The swampy chaos of the “sea” with its inhabitants: parks, pop-up events, spill outs, and bits of small urbanization, collectively reside in the infrastructure, namely streets, roads and rail.

It is with Art as it is with Architecture, exists Horror Vacui, an intense and irrational fear of empty, wide open spaces.  Seemingly made up of nothingness, of pure space, often alluded to but never defined, closer inspection reveals a collection of objects and urban scenarios which give identity to moments of place within the circulating swampy chaos space of the city.

What is to buffer this speeding devlopment of Hengqin, which was once frozen in time?  How will the changes be obscured, evolved and accepted? How might architects evolve this morphogenesis?

You may enter the competition as an individual designer or as a group with up to three members.

UP TO 24 x HONOURABLE MENTION
[ PUBLICATION ]

To be released in early June

more jurors full intro to be published at our news page

#mOOO6 is brought to you by mOOO team